Abandoned Babies, Infants, Newborn or know as Child abandonment has its risks and opportunities and is the practice of relinquishing interests and claims over one’s offspring in an illegal way with the intent of never again resuming or reasserting guardianship over them. Babies, infants, newborn abandonment terminology refers to parents leaving their children younger than 12 months in a public or private place with the intent of terminating their care for the child.

In most cases, child abandonment is classified under a subsection of child abuse statutes and is punishable with a felony. Following felonious charges, one or both guardians give up their parental rights over the child thus severing their relationship with the child. Some countries allow for a reinstatement of parental rights, in which case the parent or parents can have a relationship with the child again. However, it is unlikely that parents can ever regain custody.

Poverty and homelessness are often causes of child abandonment. People living in countries with poor social welfare systems and who are not financially capable of taking care of a child are more likely to abandon their children because of a lack of resources.

The impact of the abandoned children if not taken care of in the right manner is huge and affect society negatively by adding more homeless, criminals, drug addicts and increase the probability of children-abuse. In 2015, it cost the United States’ government over $9 billion to support 427,910 children who were in foster care.

Child abandonment is illegal in some countries like the United States, but some others consider it to be a felony offence, while others categorize it as a misdemeanour, so punishments vary according to local law, for example in the united states the punishment range from a $2,000 fine to up to five years in prison and a $125,000 penalty. Also, the punishment varies according to abandoned child status if the child died then the punishment can be more intense.

Sex-education and to family planning resources, like contraception, and abortion (in countries that it is legally allowed under physicians supervision) can help prevent people who cannot take care of, or do not want to raise, children from becoming pregnant in the first place.

Today, Abandonement of Babies, Infants, Newborn is considered to be a serious crime in many jurisdictions because it can be considered wrong in itself due to the direct harm to the child, and because of welfare concerns (in that the child often becomes a burden upon the society and public FISC).

For example, in the U.S. state of Georgia, it is a misdemeanour to will-fully and voluntarily abandon a child, and a felony to abandon one’s child and leave the state.

In 1981, Georgia’s treatment of abandonment as a felony when the defendant leaves the state was upheld as constitutional by the U.S. Supreme Court. Adoption is still legal in Arkansas where, in 2015, state legislator Justin Harris made national headlines by re-homing two young adopted children.

Many jurisdictions have exceptions to abandonment laws in the form of safe haven laws, which apply to babies left in designated places such as hospitals.

In the UK abandoning a child under the age of two years is a criminal offence. In 2004 49 babies were abandoned the UK nationwide with slightly more boys than girls being abandoned.

Children abandonment is rife worldwide for example in Malaysia, where between 2005 and 2011, 517 babies were dumped. Of those 517 children, 287 were found dead.

Persons in cultures with poor social welfare systems who are not financially capable of taking care of a child are more likely to abandon them.

Worldwide legislation is needed to protect abandoned children, infants, newborn and keep their right in living and organise adoption process.

Wedad International Foundation (WIF) a Swiss charity and partners aim to help abandoned infants to enjoy their childhood with a caring and loving family in a nurturing environment, where they have a sense of belonging and to be a responsible citizen.

WIF provides children with immediate alternative temp home till we find the suitable family that comply with all requirement to adopt the child. We don’t stop there; we follow on the wellbeing of the child till the age of 12 years old.

Today, Wedad International Foundation (WIF) and partners operate in 4 countries, and progressing to expanding its aspirations in 12 new countries by 2024. We have a unique methodology in our temp home operation as well as options to breastfeed infant’s prior of adoption.

WIF works internationally according to the legislation in every country through its locally established partners. 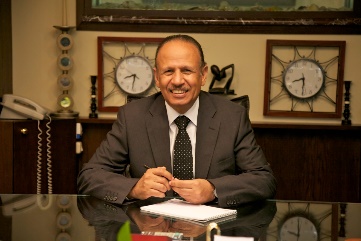